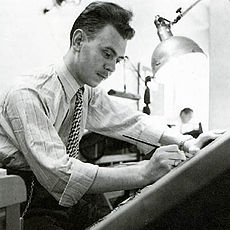 Inducted into the Hall of Fame in 2006

Born in Hamilton, Ontario, James Winslow Mortimer was trained from the age of two by his father in the poster department of a Canadian lithography firm. As a teenager, Win became a recurring contributor to the Toronto Star’s Pictures And Poetry feature. After high school, he studied art in New York, returning in 1939 to join the army when Canada entered World War II. Resuming civilian life in 1943, Mortimer designed posters for the Canadian Ministry of Information, then landed a job at National Periodical Productions (DC Comics) in 1945. Soon he was chief cover artist for most of the Superman, Superboy and Batman titles, including World’s Finest. From 1949 to ’55, he 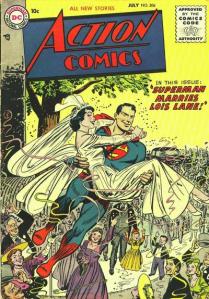 drew the Superman newspaper strip, but left in 1956 when a syndicate purchased his David Crane strip. In 1960 Mortimer left Crane to return to the Toronto Star, producing the Larry Brannon strip from 1961 to ‘68.

In 1960 Mortimer was also back at DC, penciling The Legion of Super Heroes, Supergirl and Plastic Man. From 1968 to ’83, he showed amazing versatility, contributing to a wide range of DC, Marvel and Gold Key titles such as Scooter, Stanley And His Monster, Spider-Man, Boris Karloff’s Tales of Mystery, The Twilight Zone and Supernatural Thrillers. In 1983, Mortimer joined Neal Adams’ Continuity Associates to work on various advertising and commercial projects including editorial cartoons and a religion oriented comic. 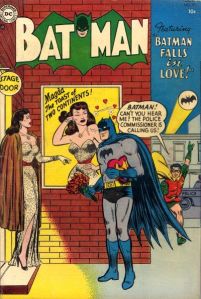 Though not as flashy as many of his comic-book colleagues, Mortimer was an accomplished craftsman whose deceptively low key style prized characterization and storytelling over elaborate artistry. For this reason, Mortimer became one of DC Comics’ most extensively utilized cartoonists during the 1940s and ’50s. His extensive involvement in drawing Superman and Superboy also made him one of Joe Shuster’s natural successors, as well as a “bridge” between the Golden and Silver Ages.

Additional Facts about Win Mortimer courtesy of the Superman Super Site:
– Win received his early graphics training from his father who supervised the poster department of a lithography firm in Hamilton. Win worked at the firm during summer breaks from high school. After high school, Win attended the Art Students League of New York, studying anatomy under the renowned George Bridgeman. In that same class of artists was Stan Drake.

– Mortimer decided to move to New York in mid-1945. After meeting with Jack Schiff, an editor at DC comics, he was hired and immediately assigned a number of stories for World’s Finest and Batman comics.

– As a Canadian immigrating to the US, Mortimer was required to provide documentation that he would have steady employment and income, and not become a financial burden to the state. DC Comics assisted him by placing him on salary in the “bullpen”. However, there was more money to be made as a freelance artist, and by 1949, Mortimer was working primarily at his home.

– In general, Win Mortimer both pencilled and inked his own work. However, in 1946, Mortimer inked two sequences of the Batman and Robin Sunday newspaper strip over the pencils of Jack Burnley: Catwoman’s Grasshopper Chase (April 28-June 16. 1946) and Half Man-Half Monster (June 23-August 18, 1946), a Two-Face story. Mortimer recalled that Burney’s pencils were extremely “clean and precise”.

– Other than covers, Mortimer is best remembered for two things. First, Win Mortimer pencilled and inked essentially all of the Superman dailies from 1949-1955 producing some critically acclaimed story sequences, not to mention some outstanding artwork. It is sad that this material is difficult to find, and has only recently been reprinted by IDW . Mortimer also produced the “Superman Time Capsule”, a highly prized comic-book giveaway found in Kellogg’s Sugar Smacks in 1955. The second achievement of Mortimer’s tenure at DC was less conspicuous. Jack Schiff’s pet project was a series of one-page public service announcements that he hoped would be read by young comics readers and serve to give a wholesome message. Schiff worked with the National Social Welfare Assembly, a group of psychologists and educators from several organizations, including Nobel Prize winner Pearl Buck, to produce a page which appeared every month in over thirty magazines from 1949 into the 1960’s. After delivering his assignment of Superman Daily strips to Schiff, Mortimer was often asked if he might be able to do a single page and produced a large body of work for this project featuring Superman, Superboy, Green Arrow, Tomahawk, and Batman to name just a few. The topics varied from racism, to doing chores around the house, traffic safety and study tips. The pages were requested by schools and civic organizations by the thousands and DC printed them and sent them out in a conscious effort to be a good citizen at a time when, as then-publisher Jack Liebowitz said, “a lot of people came into the [comics industry] who didn’t have any standards at all.”

– Mortimer produced work for DC, Marvel and Gold Key from 1968-1983. During that time, he showed an amazing versatility, handling a diversity of strips: from “funny strips” like Stanley & His Monster (Brave and Bold #64 and 69), Scooter, Binky, Jerry Lewis and Dean Martin and Fat Albert, to hero strips like Supergirl (Adventure Comics), Lois Lane, the Legion of Superheroes (Action and Adventure Comics), and Spiderman, to horror and mystery stories like Boris Karloff’s Tales of Mystery, The Twilight Zone, Ripley’s Believe It or Not, Frankenstein and Supernatural Thrillers.