Please note: We are now accepting 2021 submissions for self-published comics or anthology collections for consideration in 2022.

“Gene Day really showed me that success in a creative field is a matter of hard work and productivity and persistence.” (Cerebus creator and self-publisher Dave Sim)

The Gene Day Award for Self-Publishing honours Canadian comic book creators who self-published their work during the previous year (up to the submission end date).

In order to qualify you must be a citizen and current resident of Canada. Anyone who writes and illustrates a comic book of their own creation (includes creative teams) and publishes and sells that comic independently of any other publishing company and did not currently have said works originally distributed by a third party distributor may submit their publication for review.

The award was expanded in 2018 to allow for a second Gene Day Award Category for Anthology collections.

(For example: If your comic was solicited and distributed by Diamond, then you are not eligible for this category. If you only dropped off copies at your local comic shops and/or sold them yourself at conventions then you are.)

Format and content is at the discretion of the creators.

Must include new content, not reprinted material from other sources (such as webcomics).

There are no language restrictions for this award.

All entries will be reviewed by an independent jury. Entries will be judged individually based on originality, literary and artistic merit, and overall presentation.

Entries should be sent to:

Watch for information on Canadian events where you can submit your entries directly to the Awards Association.

Gene Day (1951-1982) began his career in the Canadian alternative comix scene. In the seventies he began his own publishing imprint, Shadow Press / House of Shadows and put out over twenty issues of Dark Fantasy, a horror/fantasy/sci-fi digest that featured the early writings of Joe Lansdale, Charles De Lint, John Bell and Charles R. Saunders, amongst others; a short-lived comic publication, Out of the Depths and various other one-shots, portfolios, and prints. Day drew for the Skywald magazines Psycho and Nightmare from 1974, as well as the Canadian comic anthology, ORB, and Mike Friedrich’s independent comics company Star Reach, contributing to the Star Reach anthology, Image and Quack. Day did illustrations for fantasy role-playing games and had a collection of his comic stories, ‘Future Day’, published by Flying Buttress Press as a hardcover graphic novel in 1979.

He was a longtime inker on Marvel’s ‘Master of Kung Fu’ title by Mike Zeck, starting in 1976 and later took over as full penciler on the series. He also inked on the licensed ‘Star Wars’ series, pencilled by Carmine Infantino, as well as ‘The Mighty Thor’ and ‘Marvel Two-in-One’ featuring ‘The Thing’. From 1985 to 1986, Renegade Press published four issues of Gene Day’s ‘Black Zeppelin’, an anthology series primarily featuring stories and painted covers Day completed before his death, as well new contributions by Sim, Bruce Conklin, Augustine Funnell, and Charles Vess. More of his work appeared posthumously in Caliber Comics’ anthology series Day Brothers Presents, which also featured the work of Day’s artist brothers, David and Dan Day.

Dave Sim credits Gene Day as his earliest and most influential mentor and the inspiration for his own self-publishing efforts. Gene Day was inducted into the Canadian Comic Book Creator Hall of Fame in 2007.

Established in 2004, The Joe Shuster Awards are Canada’s first national award recognizing outstanding achievement in the creation of comic books and graphic novels and are named after pioneering Toronto-born artist Joe Shuster who, along with writer Jerry Siegel, created the iconic super-powered hero, Superman. The name is used with the approval of the Estate of Joe Shuster – Michael Catron, Estate Agent.

The recipient was chosen by Sim and Gerhard from a pool of works submitted at SPACE the previous year. Each year the duo alternated duties, with one reading all entries received and drafting the Short List of final nominees and the other judging those books to determine the ultimate winner.

The Day Prize ceased being awarded as of 2008 with the withdrawal of Sim from participation and has been replaced by the SPACE Prize.

The SPACE Prize continues to be handed out annually at the SPACE Expo.

Members of the Awards Association had been discussing the creation of an award for Canadian creators who self-publish as far back as 2006. In 2007 it was determined that such an award should also include a financial incentive in the form of a bursary to encourage their efforts. In 2008, members of the Awards Association worked on the logistics of seeking submissions, reviewing and judging an award of this nature. Unlike the other awards, where the lists of eligible work can be derived from published solicitations and shipping schedules, self-published/non-professionally distributed works must be sought out.

In December 2008, the Awards Association approached Dave Sim about the possibility of establishing something similar to the Howard E. Day Prize as part of the Joe Shuster Awards as a means to continue to honour Gene Day and offer similar encouragement to Canadian self-publishers. Sim indicated that due to work commitments and other personal reasons he would not be able to participate, but specifically asked that if we chose to name the award after Gene Day that we obtain permission from Day’s family and that the name of the award not be the Howard E. Day Prize. Sim also provided valuable feedback on the logistics of administering an award of this nature.

In February 2009, the Awards Association received permission from Gene Day’s widow and brothers to name the new Award for Canadian Self-Publishers after the late Gene Day. 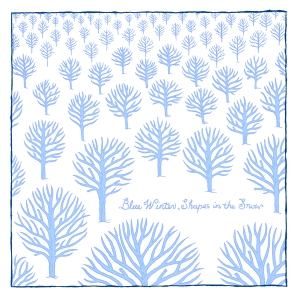 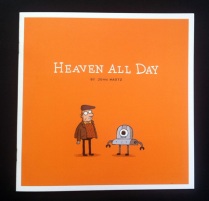 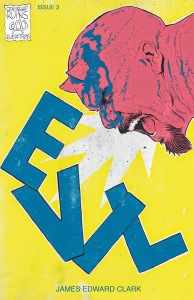 In 2018 we divided the category into two awards: Single Creator/Creative Team and Anthology Collection.

2019: TO COMIX PRESS for WAYWARD SISTERS: AN ANTHOLOGY OF MONSTROUS WOMEN (Anthology) 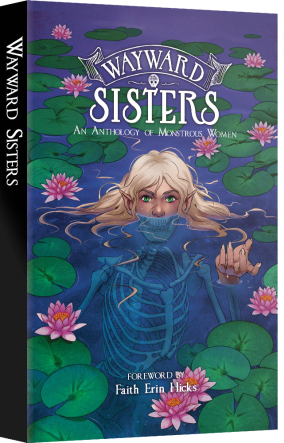