Dark Horse Comics has announced that the collection of Dean Motter’s Mister X: The Condemned four issue mini-series will arrive in comic shops on November 20, 2009.

Please note: The cover to the first issue of the mini-series has been nominated for the Joe Shuster Award for Outstanding Cover Art by a Canadian Comic Book Creator, and will also be used as the cover for the trade paperback collection.

Visit Radiant City, designed using the principles of psychetecture to soothe its inhabitants. But something went horribly wrong, and the city instead causes anxiety, insomnia, and madness. As ordinary citizens begin giving in to dementia and a serial killer walks the streets, a desperate City Hall commissions a drastic program of urban demolition, resulting in the deaths of an entire sect of architects. Returning from exile with a mission to recover Radiant City’s original blueprints, only one man has a chance of restoring its sanity–the enigmatic Mister X! 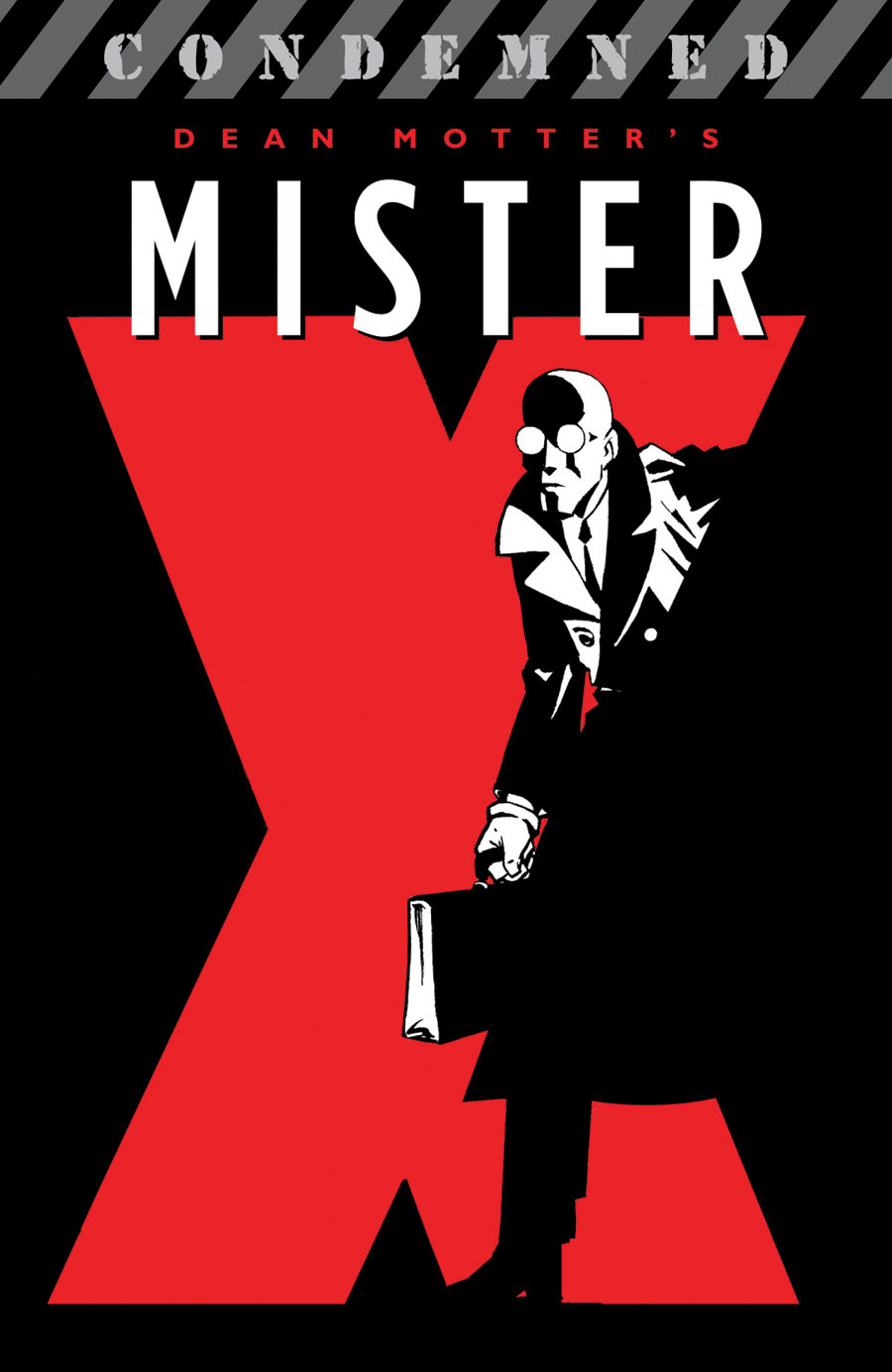