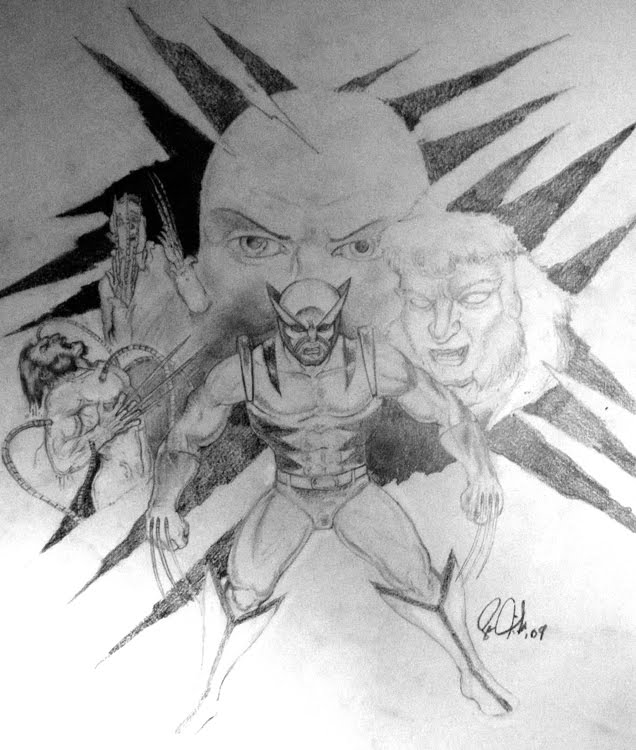 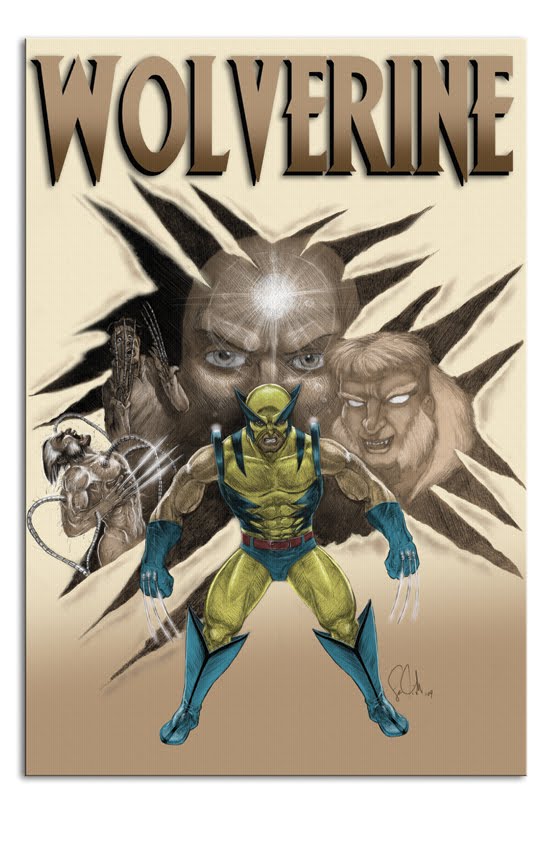 The piece shown above (accompanied by a digitally coloured print – see right) is one of the over 40 pieces featuring Wolverine donated to the Joe Shuster Awards for the Visions of an Icon Art Show and Sale by Canadian artists. The pieces were exhibited twice in 2009 – at the Joe Shuster Awards Ceremony in September and at the Speakeasy Comic Art Show in November. The original art pieces will be auctioned off on eBay in March 2010. Watch for announcements on this site!