As with DC, Marvel only lists pencillers, cover artists and writers in the advance solicits. 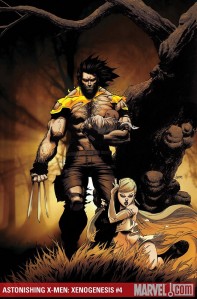 ASTONISHING X-MEN: XENOGENESIS #4 (of 5)
Written by WARREN ELLIS
Pencils & Cover by KAARE ANDREWS
Something is causing the children of an African village to be born mutated. Something in the woodland outside the village.
Something they don’t talk about. But now, whatever it is, it’s being hunted, and the X-Men are trapped between the hunters and the hunted.
32 PGS./Rated T+ …$3.99

I AM AN AVENGER #1 (of 5)
Written by JIM McCANN , DU ANE SWIERCZYNSKI, ALEX ZALBEN & MORE
Penciled by CHRIS SAMNEE, JASON LATOUR, TOM FOWLER & MUCH MORE
Cover by LEINIL FRANCIS YU
What is it that makes one an Avenger? That’s what this series starring characters from all across the Avengers’ history will attempt to answer! Featuring tales of Iron Man, Captain America, the Thing, Iron Fist, Justice, Firestar, Squirrel Girl, Nova and the Young Avengers and more!
32 PGS./Rated A …$3.99 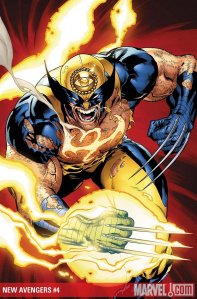 NEW AVENGERS #4
Written by BRIAN MICHAEL BENDIS
Pencils & Cover by STUART IMMONEN
Variant Cover by STUART IMMONEN
Super Hero Squad Variant also available
With reality under furious attack by arcane power far beyond anything anyone on Earth has ever dealt with before, the Avengers have to start getting creative or forfeit all that we know. The rules of magic and mysticism in the Marvel Universe are about to change in a gigantic way and it’s all going to happen here! All this plus a brand new chapter in the oral history of the Avengers.
40 PGS./Rated A …$3.99 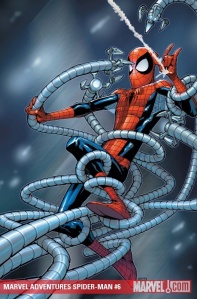 SPIDER-MAN #6
Written by PAUL TOBIN
Penciled by ROBERTO DI SALVO
Cover by KARL KERSCHL
Still recovering from his injuries in his fateful battle with Bullseye, Spider-Man is forced to rely on his friends to stem the tide of New York City’s crime. But while a girl who can talk to animals might be able to stop carjackers and pickpockets…it sure would be a horrible time for a truly deadly foe like Dr. Octopus to arrive. Like he does.
32 PGS./MARVEL ADVENTURES/All Ages …$2.99

STEVE ROGERS: SUPER-SOLDIER #3 (of 4)
Written by ED BRUBAKER
Penciled by DALE EAGLESHAM
Cover by CARLOS PACHECO
His enemy stands revealed – but that’s just the beginning of Steve’s problems: Reverted to his former 98-pound-weakling self, Steve is trapped in the heart of the enemy’s lair and fighting for his life!
32 PGS./Rated T+ …$3.99

ORIGINS OF MARVEL COMICS: X-MEN #1
Written by CHRIS YOST, MIKE CAREY, PETER DAVID, & OTHERS!
Penciled by GREG LAND, MARK BROOKS, NICK BRADSHAW, JILL THOMPSON & OTHERS!
Cover by MIKE DEL MUNDO
The origins of your favorite X-Men written and drawn by the best in the industry collected in one place! Cyclops! Wolverine! Magneto! All the big characters’ origins boiled down to one beautiful page that every reader will cut out and tape up on their wall!
40 PGS./One-Shot/Rated T+ …$3.99
ENLARGE 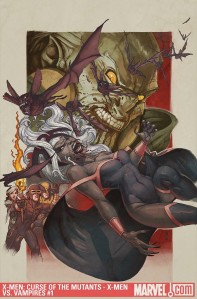 X-MEN: CURSE OF THE MUTANTS – X-MEN VS. VAMPIRES#1 (of 2)
Written by VARIOUS
Art by VARIOUS
Cover by NICK BRADSHAW
Lock your doors, board up the windows, arm yourselves with stakes and sunlight…and it still won’t protect you when the vampires stalking the X-Men set their sights on YOU! The X-Men have their work cut out for them as they‘re pitted against a terrifying new clan of vampires in all the B-movie-styled glory we can print in four colors! Baby, this is one comic book with bite! Four brand new tales of horror await PLUS the first part of NIGHT SCREAMS, from Uncanny X-Men #159, the classic tale of Storm’s struggle with Dracula himself by Claremont and Sienkiewicz!
48 PGS./New & Reprint/Parental Advisory …$3.99
ENLARGE

NEW MUTANTS #17
Written by ZEB WELLS
Penciled by LEONARD KIRK
Cover by DAVE WILKINS
Super Hero Squad Variant also available
“FALL OF THE NEW MUTANTS”
Project Purgatory has captured [CENSORED] and the New Mutants are on their way to get it back. If only the New Mutants knew that Project Purgatory has a 10 mutant kill-team waiting for them. Who is this kill team and where did they come from? The answer will take you all the way back to a classic X-Men crossover! The New Mutants will never be the same, thanks to Zeb Wells (AMAZING SPIDER-MAN) and Leonard Kirk (DARK X-MEN, CAPTAIN BRITAIN & MI 13)! Part 3 (of 5)
32 PGS./Rated T+ …$2.99 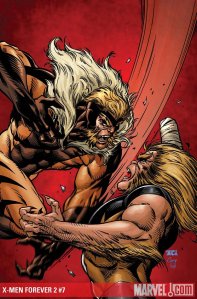 X-MEN FOREVER 2 #7 & 8
Written by CHRIS CLAREMONT
Issue #7 Penciled by Mike Grell
Issue #8 Penciled by RODNEY BUCHEMI
Covers by TOM GRUMMETT
It’s double the danger as Sabretooth fights for his life against….SABRETOOTH!? The cover says it all, folks, as the X-Men’s resident bad boy faces off with his Marauder self. He’s blind and down a hand…but Victor Creed is angling to prove it ain’t the prettier killer who walks away…but the one who’s willing to go the furthest. Just how far will the reformed villain go? Find out as X-Legend Chris Claremont whips up a throw-down that’ll leave fans salivating!
32 PGS.(each)/Rated A …$3.99 (each)
ISSUE #7 COVER
ENLARGE 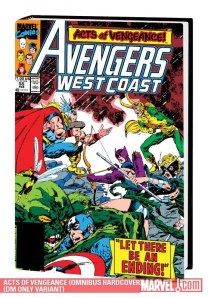 HERALDS HC
Written by KATHRYN IMMONEN
Penciled by TONCI ZONJIC
Cover by JELENA KEVIC-DJURDJEVIC
Powerful forces are converging on Earth and the women of the Marvel Universe are at the center of it! Years ago, a herald of Galactus sacrificed her life for the universe. Little did anyone realize, a shred of that spirit lived on…and now she’s back for vengeance on those who abandoned her. The most powerful super heroines of the Marvel Universe must put aside their differences to stop this threat before the Earth is destroyed. Emma Frost, She-Hulk, Agent Abigail Brand, Hellcat, Valkyrie, Monica Rambeau, Sue Storm…these mighty women will be put to the test as never before, as cities are destroyed, families are torn apart, and a cosmic resurrection changes the heroes’ lives forever! Collecting HERALDS #1-5.
120 PGS./Rated A …$19.99
ISBN: 978-0-7851-4325-3
Trim size: oversized

GIRL COMICS HC
Written by VARIOUS
Penciled by VARIOUS
Cover by AMANDA CONNER & LAURA MARTIN
Marvel is proud to bring you a celebration of amazing women in comics with a brand-new anthology created entirely by the most talented and exciting women working in comics today, including Ann Nocenti (DAREDEVIL), Amanda Conner (Power Girl), Laura Martin (SECRET INVASION), G. Willow Wilson (Air), Devin Grayson (Nightwing), Stephanie Buscema (WEB OF SPIDER-MAN), and more! With stories featuring your favorite Marvel characters, from the Punisher to Mary Jane, don’t miss what will be one of the most talked-about series of the year! Collecting GIRL COMICS #1-3.
120 PGS./Rated T+ …$19.99
ISBN: 978-0-7851-4792-3
Trim size: oversized 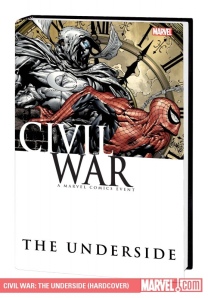 SPIDER-MAN: THE GAUNTLET VOL. 5 – LIZARD PREMIERE HC
Written by ZEB WELLS with FRED VAN LENTE
Penciled by CHRIS BACHALO with JEFTE PALO & XURXO PENALTA
Cover by CHRIS BACHALO
“Half-Man, Half-Reptile…the Lizard will take over all of Earth unless Spider-Man alone can stop him!” With these words, Dr. Curt Connors, the man who would be The Lizard, ushered a new kind of villainy into Spider-Man’s life. Now a widower with a son in foster care, and working at the bottom of the pharmaceutical industry, Connors is a broken, shell of a man…how long will it be before a Lizard breaks that shell?! How will it affect Peter Parker’s date with Carlie Cooper?! How is THE BLACK CAT involved? Zeb Wells and Chris Bachalo reunite to bring you the next great Spider-Epic as The Lizard returns! Collecting AMAZING SPIDER-MAN #630-633 and material from AMAZING SPIDER-MAN #629 & WEB OF SPIDER-MAN #5.
128 PGS./Rated A …$19.99
ISBN: 978-0-7851-4615-5
Trim size: standard 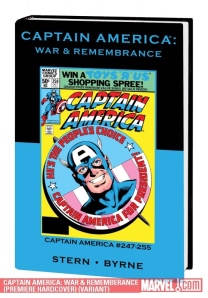 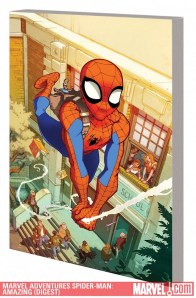 ULTIMATE X-MEN ULTIMATE COLLECTION BOOK 4 TPB
Written by BRIAN MICHAEL BENDIS
Penciled by DAVID FINCH
Cover by MARK BROOKS
Collecting the groundbreaking fourth year of Ultimate X-Men in one colossal trade paperback! After years of indentured service to a covert military group called Weapon X, Wolverine escaped and joined the X-Men. Now, after a short time away from the X-Men, Wolverine has returned to New York—with a strange strike force armed with sophisticated military technology on his tail. To survive, he is forced to rely on the Big Apple’s own Spider-Man and Daredevil—not to mention a little help from his fellow X-Men! Plus: For years, Professor X has championed the peaceful relationship between mutants and humans. But with racism and paranoia growing, the president decides Xavier—with his mysterious psychic powers and shrouded background—might be the bigger problem. His solution: get the government involved in the mutant-training business. With the help of Emma Frost, the president handpicks a class of “New Mutants” to serve his political agenda. But who is this mysterious Emma Frost and what is her connection to Xavier? Collecting
ULTIMATE X-MEN #34-45.
304 PGS./Rated T+ …$29.99
ISBN: 978-0-7851-4923-1

NEW MUTANTS VOL. 2: NECROSHA TPB
Written by ZEB WELLS & KIERON GILLEN
Penciled by DIOGENES NEVES, PAUL DAVIDSON & NIKO HENRICHON
Cover by ADAM KUBERT
Cypher returns from the dead, but this is no joyful reunion! As one of the Black Queen Selene’s shock troops in her war against the X-Men, the undead Doug Ramsey is back for one thing and one thing only: to kill Amara! With Warlock on the scene, and the Hellions risen from the dead and raising morbid mayhem, life couldn’t possibly get any worse for the fragile New Mutants. Or could it, now that Magik is finally ready to put her cards on the table? Collecting NEW MUTANTS #6-10 and material from X NECROSHA.
160 PGS./Rated T+ …$16.99
ISBN: 978-0-7851-4065-8
ENLARGE

RUNAWAYS: LIVE FAST TPB
Written by BRIAN K. VAUGHAN
Penciled by ADRIAN ALPHONA & MIKE NORTON
Cover by JO CHEN
New beginnings! The Runaways say good-bye to the past, and make hard decisions about their future. Plus: Still reeling from the events of YOUNG AVENGERS/RUNAWAYS, the teenage heroes must now confront a horrific enemy who threatens to tear the team apart! Collecting RUNAWAYS (2005) #19-24.
144 PGS./Rated T+ …$16.99
ISBN: 978-0-7851-4155-6