DC announced some details on some new Bat-projects being released in October 2011, one of which is being drawn by MARCUS TO (Red Robin): 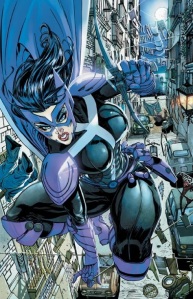 Look out! By the end of this hot new miniseries, the Huntress will have the largest price on her head in DC Universe history. What will the Huntress do that warrants such a death mark? And who puts it there? The jaw-dropping events will be revealed as the Huntress heads home to Italy and embarks on a mission that defines her life. Don’t miss out, because this story will tie in to upcoming events in BIRDS OF PREY!