We received another email the other day:

Hi, my name is Daniel and I would just like to inform you of a new comic store opening in Mississauga, Ontario. The store is called Gotham Central Comics and Collectibles, located at 5170 Dixie Road Unit #102, Mississauga. The phone for the store is 905-212-9992.

I went to the grand opening on Saturday January 21, 2012, they carry new comic, back issue comics, statues, UFC products, and also offer CGC grading services. The Store owners name is Carlos, and he was very helpful, he also is an Exhibitor at Fan Expo every year, so you may know him.

The store is very big, I would estimate it about 2,500 sq. ft., very bright and clean. I am happy to see a new comic store opening rather than closing as I have read about many stores closing in our column at the Joe Shuster webpage, thanks. 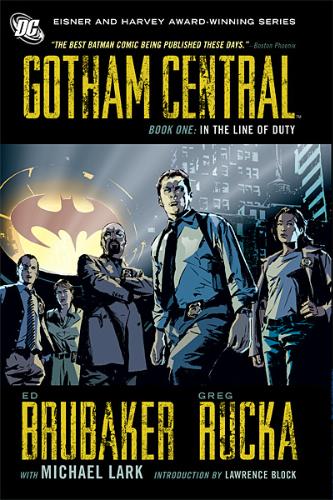 The JSAs Robert Haines popped by the location the other day to confirm the opening and had nice things to say about the size of the space and that the store was in a nice location. He said it has “good looking bones” and “lots of potential”.

I’ve known the owner, Carlos Camara, for many years. He has been a fixture on the local comics scene as a dealer for as long as I’ve been around (the early 90’s) and at one point owned another comics shop on Yonge St., North of Bloor St. (this was some time ago, so the name escapes me). The store doesn’t seem to have a website yet, but there is a facebook group that has some information on it.