First off, I’d like to mention that this year we have two fellows joining the CCBCAA who are coordinating the HARRY KREMER CANADIAN COMIC BOOK RETAILER AWARD – Anthony Falcone and Scott VanderPloeg, most well known for their involvement with the website Comic Book Daily as editors and columnists. 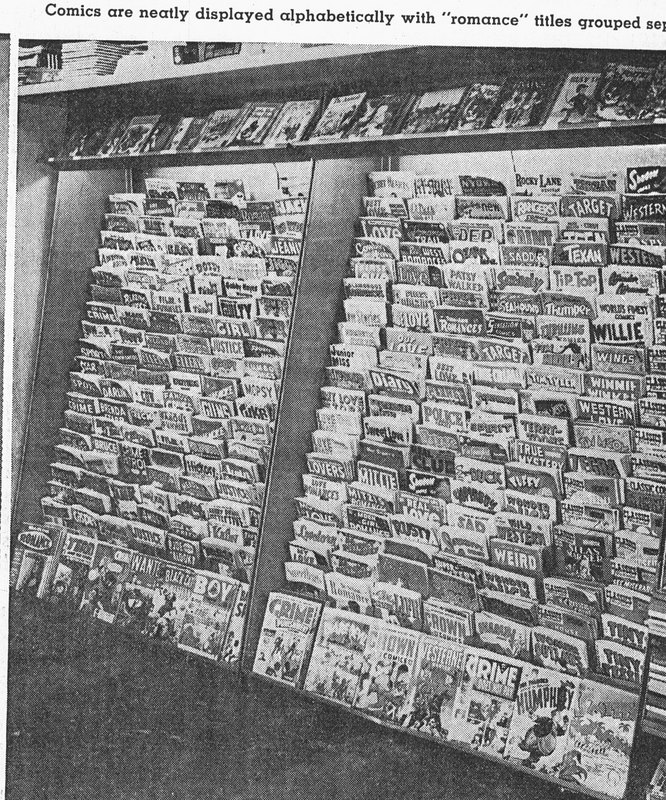 Anthony’s latest Whosoever Holds This Hammer Column addresses the criteria for the Kremer Award (pronounced Kray-mer) and he also talks “more about what makes a comic shop great based on feedback from colleagues, customers, and complete strangers”. One of the reasons why we went with Anthony and Scott were because they have always been very interested in the criteria for what makes a shop great and have spent a lot of time dissecting the comic shop retail experience.

Anthony makes some great points in his column, and he’s looking for some feedback as well, so let him know what you think makes a comic shop great.

I know I had some ideas myself as to what makes a great comic shop based on my interactions with the various folks who have run the Kremer Award in the past and spending time at many different comic shops in my 40 plus years as a collector and fan, all of which have informed the running of my own store.The obvious answer is “CUSTOMERS”, as a store without customers and the support of the local community is ultimately a failure, no matter how clean and appealing it may look, or whether a staff person is there to greet people.

But the comic book shop model is unique in that it is unlike most retail business models — the closest retail equivalent in my opinion is that of the independent record shop, that offers a mixture of new and used product for sale along with a community hang-out component. Some may view the comic shop as an antique store, or a bookstore, but most bookstores or either used or new – not a combination of both… and many comic shops are that in name only – they are primarily gaming stores, or toy stores, etc. with minimal comics.

I recently met a fellow from BC named BENJAMIN WOO who for now lives in the GTA – Woo wrote a paper on comic shops that is definitely worth reading in that it compares three different comic book shop models, with differing philosophies and customer bases.

Woo’s paper is titled: “The Android’s Dun­geon: Comic-Bookstores, Cul­tural Spaces, and the Social Prac­tices of Audiences” and was published in the Jour­nal of Graphic Nov­els and Comics 2 (2011): pages 125–36 (and is available for reading online).

An excerpt from Woo’s paper: