Jennifer Stewart is the owner of The Dragon in Guelph, ON. Along with a greater public profile the past few years, The Dragon just recently moved into a new space down the street from the old location. Now located in the downtown mall setting, The Old Quebec Street Mall, the store has doubled in space from 850 sq ft to 1770 sq ft. Jennifer, a full time teacher at The Linden School in Toronto, ON, sponsored the newly added Comics for Kids award, won by Jellaby, with Jennifer serving as a member of the nominating committee, choosing the 8 finalists for the award. The Dragon also sponsored the graphic novel tent at Word On The Street Kitchener, served as a 24 Hour Comics Day location and has sponsored Comics for Kids child-only areas at conventions.

Physical Address:  We’ve just moved into a new location! Our new store, which is twice as large, is in the Old Quebec Street Mall in downtown Guelph. 55 Wyndham St. North, Guelph, Ontario

How did you choose your store name?

I wanted something memorable and catchy which could easily be spread by word of mouth.  Dragons have always been associated with the gaming scene, making it an appropriate name.  And, personally, dragons have always held a fascination for me, first for their role in fantasy novels, but now, for the role they play in the mythology of various cultures.

Favorite Comic Book published in the past few months:

Strangers in Paradise by Terry Moore 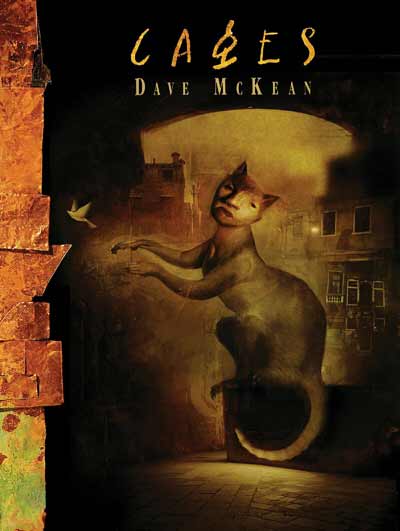 It’s a Bird by Steven T. Seagle and Teddy Kristiansen

Breakfast After Noon by Andi Watson

What are you excited about for this coming year? What are your plans for the
next 12 months?

To be honest, I’m excited about getting married, but that has nothing to do with the comic industry!  I am very excited to be sponsoring the first Joe Shuster Comics for Kids award, and I’m looking forward to seeing which book wins.  As for plans for the store… who knows?  Running a business like this can be such a day-to-day, week-to-week, or month-to-month operation that you just never know what might happen!  There will definitely be lots of cons, an in-store signing, and the reveal of our long-awaited 10th anniversary poster!

Ed Note: This interview was conducted before the 2009 Joe Shuster Awards. Winner of the inaugural Comics For Kids Award was Jellaby by Kean Soo.

Putting together a store with the hopes of having a diverse and satisfied clientele, and having that actually happen.

What has been one of the biggest challenges?

Finding the balance of types and amounts of product to carry.

I love comics! Simple as that. Plus, I did my undergrad in Guelph, where there was a not-so-great comic store. I thought I could do better.

What percentage of your business is comics/graphic novels/manga compared to
the peripherals of a ‘culture store’?

What are your Best selling floppy comic books?

What books do you find yourself recommending the most?

For girls I will always recommend Courtney Crumrin (by Ted Naifeh)

and for boys it would be Mouse Guard (by David Petersen).

Tell us about Comics in the Classroom; why did you start this program? What is the purpose? What is the goal?

Comics in the Classroom is a resource for schools and libraries who want to bring in graphic novels but don’t know how to go about it.  I started the program when I realized that between my comic knowledge and teaching degree I was highly suited to helping teachers and librarians find what would work best for their schools.

The website provides some resources for program-planning and justifying the use of graphic novels in the classroom, but primarily it is a book list of those graphic novels which we recommend for the various age-groups – Elementary, Intermediate, and Senior.  Each graphic novel is accompanied by a description of the content and our reason for recommending it.  We work with schools to bring in the books that will work best for them, as well as offering competitive discounts.

The Dragon has taken a more visible role in the comic community the past few years, working on a number of projects promoting young readers, such as Comics for Kids booths at conventions, and in 2009 you sponsored a new award, The Comics For Kids Award, and acted as coordinator and member of the nominating committee.  How was the experience? Can you tell us why you felt so strongly about this award?

The experience was wonderful!  It felt amazing to be able to highlight such an important area of the comic industry.   I know a lot has been said over the years in the argument about whether comics are for kids or not, but that argument doesn’t really matter.  What does matter is that kids benefit from comics because they develop their reading skills, provide them with a unique reading format that helps them make connections, and engage their imagination.

There are a lot of amazing books on the market intended for kids, covering a wide range of genres and age groups.   It was exciting to be able to sit down with a year’s worth of books, and decide which ones we felt we could hand to one of our students and know they would get something truly valuable out of it, whether that be entertainment or a better understanding of the world, or, ideally, both!  Of course, it was quite hard to narrow down the list, as the kids’ books creators take a great deal of care in producing high quality works.  But, the nomination list is truly the best of the best, and I have to thank the Joe Shuster awards for adding this award, so that we can expose people to great kids-lit which they may not have been aware of before.

What comic/manga would you recommend for an adult interested in returning to
comics (superhero / non-superhero)?

I’d recommend Invincible, because it’s a totally fun superhero romp that has a classic and modern feel to it, making it attractive to fans of classic comics who want something fresh.

For the non-superhero reader, I’d recommend Y the Last Man or Fables, depending on their movie-viewing preferences, because they’re both amazing series which provide really interesting twists on standard genres.

It’s definitely important.  For people finding out about the store, it’s our first impression.  I want potential customers to know as much about what we do and why we do it, so that they feel they are not just customers, but part of a community.  We also use our website to provide weekly newsletters to our customers listing new comics and the books coming out the following week.

Well, each of the staff have their own areas of expertise, and I always have at least one expert on a product line on my staff at all time.  Other than that, I think our expertise is probably comics for kids.

I think there are many things that make my store unique.  First, the strong female presence – 2 of 4 staff members, not including myself, are women, and we have a lot of women who are comic subscribers.   I would say at least 20% of our customer base is women.  Second, comics for kids – not only do we have the Comics in the Classroom service, but we have a special section for kids books in the store, broken down by age group.  Third, the store is bright and clean and welcoming (I’m not saying this is totally unique, but it’s definitely less common), so that parents feel comfortable bringing their kids in to the store.  To encourage this, I also do not sell adult material and closely monitor the type of language used in the store.

Well, it’s great being in a university town.  The University of Guelph runs the Flash club (an anime and manga club) as well as a Games Club.  The Games Club runs Gryphcon, a 3 day gaming convention on the university campus, to which we provide prize support.

This year, we set up at Con-G, the first Guelph manga and anime con, which was a great success!  We have a lively community of Magic players on Thursday nights and Warhammer players on Friday nights.

There are two comics organizations in Guelph: The Guelph Pen Club arranges a regular “Drink and Draw” at a nearby pub, where artists get together and, well, drink and draw. There is also the Guelph Society of Comic Creators. With this growing community, something we intend to support, The Dragon will participate as a host location for 24 Hour Comics Day in 2009 and forward.

Yes we do. It always brings lots of people into the store and we always run out of books!

The strong female customer base.

The store signings are the most fun, although we definitely don’t do enough of them! We just had our Grand Opening event and had a fantastic turnout of creators, customers and fans. With the support of Stuart and Kathryn Immonen, Dale Keown, Richard Pace, Scott Chantler, Jay Stephens, Nick Postic and Lar DeSouza we were able to put on a wonderful event. Better yet, we raised $780 for the HERO Initiative, an organization which provides support to comic creators in need.

Have the last few years of Hollywood film releases changed your customer
base?

We saw a crazy spike in Joker hardcover sales when Dark Knight came out, but films like the Hulk and Fantastic Four, which just aren’t very good, don’t really do anything for sales. Watchmen, of course, had a huge impact, as did V for Vendetta.

Graphic Novels have been a growth product for large bookstore chains, does
this affect your customer base or business?

I’ve always had a good stock of graphic novels, but it’s definitely gotten a lot larger. We try to keep as many graphic novels and trade paperbacks in stock as we can, and re-stock them every week. The change over time has been moving from a few shelves with all the books alphabetized, to a lot of shelves with books broken into publisher and then alphabetized, with a section specifically for kids books.

[Editors Note: To prevent any potential conflict of interest The Dragon is ineligible for the Harry Kremer Award for Outstanding Retailer.]

3 thoughts on “Comic Retailers – The Dragon (Guelph, ON)”