Returning as Master of Ceremonies in 2010 is Jonathan Llyr. 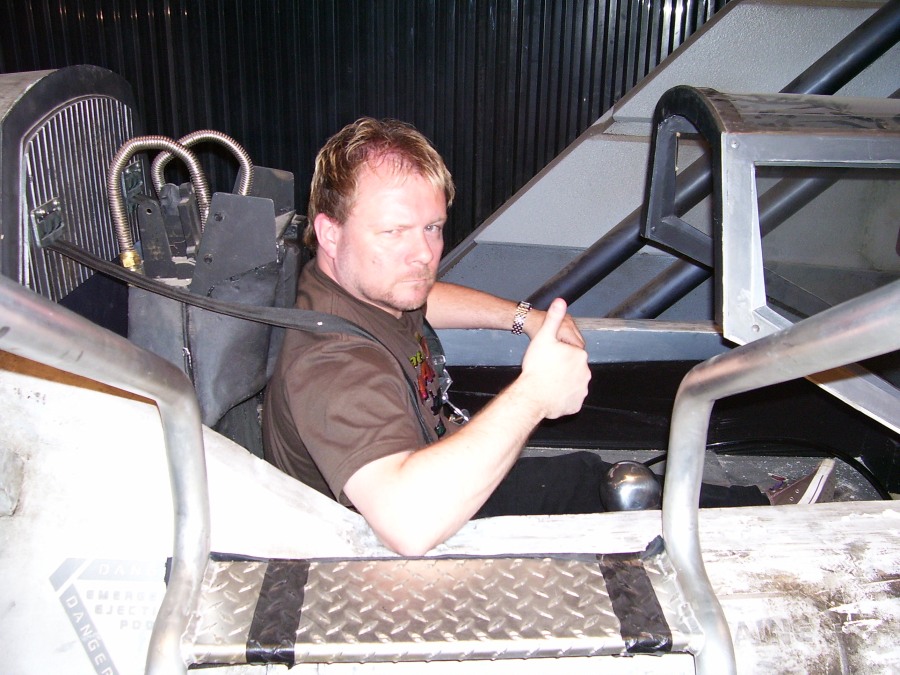 Jonathan Llyr is one of the most recognizable geeks in Canada today. As host of the nationally broadcast SPACE Channel’s SPACEY AWARDS for their first five years, Jon earned the respect of Hardcore Nerds everywhere when, over the years, Richard Dean Anderson had him ‘thrown off’ the set of STARGATE SG-1 (with a bonus instruction of “one shot to the kneecaps”), Bruce Campbell attacked him in the woods behind his house with a chainsaw, and Katee Sackhoff let him climb into her Viper.

Jon got his start on TV in 1998, after years of honing his skills as a professional actor and the artistic director of the Shakespearean theatre company, Tempest Theatre Group, SPACE needed someone who would wear a rubber turtle shell on his head (shades of Alan Rickman in GALAXY QUEST, anyone?) and it was a perfect fit. So, for several years, Jon appeared weekly on the cult TV show SPACEBAR as Grot, the loveably clueless alien barfly cum barkeep. Eventually trading shell for battered orange ball-cap, Jon was then seen five nights a week on DRIVE-IN CLASSICS as the genially pontificating drive-in theatre projectionist, Drive-in Dick – font of all B-movie knowledge and wisdom.

Jon’s subsequent stint as host, reporter and interviewer for HYPASPACE and HYPASPACE WEEKLY put him in close contact with stars like Patrick Stewart, Andy Serkis, William Shatner and Leonard Nimoy (at the same time in what proved to be an awesome media scoop!), David Hayter, Jolene Blalock, George Takei, Tricia Helfer, Steven Spielberg and many others.

Heading out into strange, new worlds with The HardcoreNerdity Network is his latest challenge.

None of this is surprising, considering Jonathan’s formative years. When he was a kid, his mom used to write him sick-notes so he could ditch school and line up on opening day for STAR TREK movies. She let him glue his Lego together in the shape of a phaser and paint it silver. She looked the other way when he put her good oven mitts on his feet so that he could be ‘Cornelius’ from PLANET OF THE APES. She made the rest of the family be quiet as he sat in front of the t.v., painstakingly making audio-cassette recordings of STAR TREK episodes so he could play them back at bedtime. That was in the days before VCRs. And when the family got one of those – Jon’s mom bought him his very first movie. It was SUPERMAN. And she let him stay home from school (again) to watch it before she wrapped it up as his Christmas present (he had to promise to look surprised when he opened it). So, really? This is all her fault.