Okay… back to your regularly scheduled programming! 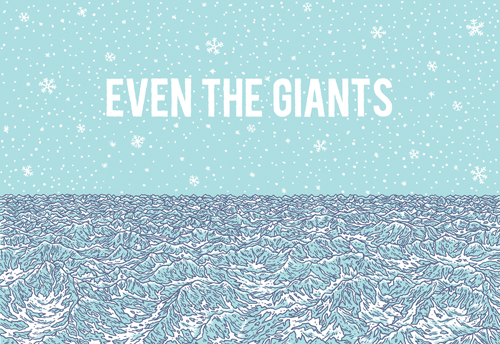 Squidface and the Meddler take a look at Jesse Jacobs upcoming book Even the Giants, and interview Jesse. The book will be published by Adhouse Books and arrives in stores in May. It also premieres at TCAF on May 7/8.

Jacobs won the Gene Day Award for self-publishing in 2009.

Even The Giants by Jesse Jacobs. Published by AdHouse Books

Jesse Jacobs bursts onto the comic scene with his first published work EVEN THE GIANTS. The work beautifully captures the isolation of the Great White North while also giving the artist a sequential canvas to explore and experiment. This book will be printed in three Pantone spot colors. Jesse’s work has been nominated for the Doug Wright award and has won the Gene Day award.