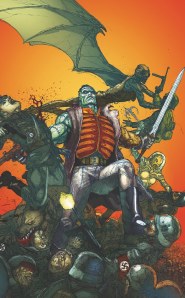 Newsarama’s Vaneta Rogers chats with Jeff Lemire about his upcoming Flashpoint mini-series: Frankenstein and the Creatures of the Unknown

The first issue of the three issue mini-series arrives in comic book shops on June 8, 2011.