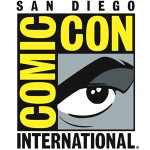 Or more like… where are the Canadian special guests? I mean really, looking over the special guests this year I wonder what makes a person special at SDCCI? As a comics fan I’m having a hard time getting excited over the list they’ve posted of the usual standbys — of course there are exceptions like the great JODI BERNET who I will be going to see. Indeed, there are only three Canucks that I can find on the list, but they are some great ones – one JSA Hall of Fame inductee, and two JSA winning artists.

Chester Brown was born in Montreal in 1960 and grew up in the nearby suburb of Chateauquay. His career path was set at age 12 when the local newspaper, The St. Lawrence Sun, published one of his comic strips. At age 19, Brown moved to Toronto and got a day job while working on his cartooning skills at night and on weekends. In 1983 he began to self-publish minicomics under the title Yummy Fur. In 1986, Vortex Comics took over the publishing, and their first issue sold well enough that Brown quit his day job and began working full-time as a cartoonist. In the pages of Yummy Fur, Brown serialized a bleakly humorous story called Ed the Happy Clown, which was published as a cult-classic graphic novel in 1989 and went on to win several awards. Since 1991, Brown’s work has been published by Drawn & Quarterly; his The Playboy was the first graphic novel the company ever published. Subsequent works have included the complex adolescent memoir I Never Liked You and Louis Riel: A Comic Strip Biography, which won two Harvey Awards and was nominated for Eisner, Ignatz, and Libris Awards. Brown’s next graphic novel is the memoir Paying for It, slated for publication by Drawn & Quarterly in Spring 2011.

David Finch began his comic book career at the age of 22 at Top Cow Productions, where he created Ascension and Aphrodite IX, both of which were top sellers in the business, with Aphrodite IX debuting as the number one comic book in the industry. In 2001 David made the move to Marvel Comics. His 15-issue run on Ultimate X-Men was an overnight success, and the book went on to remain a top 3 title for the course of his run. With a move to Avengers, David’s presence once again had an instant impact, doubling sales with the first issue. This book went on to be relaunched as The New Avengers and remained the number-one title during the course of David’s run. He next took on the art chores of the low-selling Moon Knight, which soon became a top 5 book. David then turned his attention to working with Jeph Loeb on Marvel’s smash hit Ultimatum. In 2010 David made the transition from Marvel to DC Comics and the Warner Brothers banner. His artwork was featured on the covers of Brightest Day and Action Comics, and his collaboration with Grant Morrison on Batman: The Return was what Batman fans had been waiting to see. 2010 also saw the launch of Batman: Dark Knight, which he is writing as well as pencilling.

Cameron Stewart is best known as illustrator of Batman & Robin, Seaguy, and Seven Soldiers: The Manhattan Guardian, with writer Grant Morrison. He also enjoyed an acclaimed run on Catwoman (written by Ed Brubaker) and illustrated the Eisner-nominated Vietnam War graphic novel The Other Side (written by Jason Aaron). As a writer/artist he created the webcomic series Sin Titulo, which was nominated for 2010 Harvey, Eagle and Shuster Awards and won the Eisner for Best Digital Comic. He also is the co- creator/writer/artist of Assassin’s Creed: The Fall, with Karl Kerschl. He lives and works in Montréal, Canada.

One thought on “SDCCI: The Canadian Special Guests”