Dale Eaglesham is a veteran comic book illustrator who has been working in the industry since 1986. 2011 marks his 25th year as a professional illustrator in the industry. He has worked with Marvel, DC Comics, Dark Horse and CrossGen, among others. In January 2009, he signed an exclusive contract with Marvel, where he has been illustrating books that include Spider-Man, the Fantastic Four, Steve Rogers: Super Soldier, the Incredible Hulk, and now Alpha Flight, the much-anticipated return of Canada’s own team of superheroes!
Longer bio here: http://www.daleeaglesham.com/about-dale-eaglesham/biography.html

What was the highlight of the year for you re:(a) comics publishing in general?(b) comics by Canadian creators?
Honestly, I was living under a rock this year. I drew 10 issues this year, including 4 as finished pencils, so I was really out of touch with anything going on beyond my office… 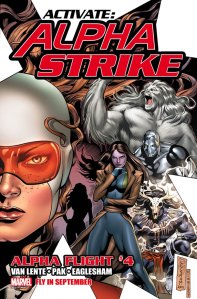 Was 2011 a good year for you?
One of the best ever, maybe even THE best. Alpha Flight in particular was a DREAM project. It meant an awful lot to so many long-time fans, but struck a very special chord with Canadian readers. It got so much media attention, and overwhelmingly positive reviews. In a better market (and without the DC reboot), it would have done much better, obviously. 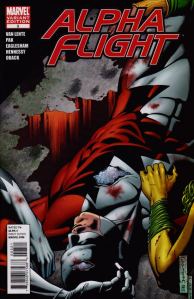 Was 2011 a good year for comics?
No. There’s a smell of fear in the air. That can be good because it pushes everyone to do better, but on the other hand you don’t see a lot of free creativity in that atmosphere. 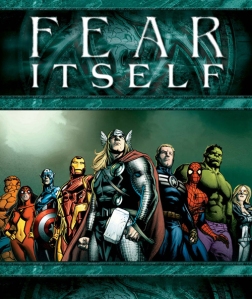 Part of being on the scene is exhibiting at public events. Which Canadian ones (if any) did you support in 2011 and how do you feel they went for you? Did you exhibit at any American events?
I’ve actually ONLY done Canadian events since 2008. I do really well at them. I usually just do Toronto and Montreal, but in 2012 I’ll also be in Calgary. I also host my own Comics For Charity event every May in my area in Eastern Ontario. We usually raise $3000+ for charity in two days.

What do you have coming up in 2012?
I know, but can’t say for another few weeks, sorry…