Excerpt from the Hall of Fame biography of Hal Foster by Phil Latter:

In 1937, Foster went to The United Features Syndicate, with his well-structured Derek, Son of Thane newspaper strip concept, with hundreds of conceptual drawings and notes. The title was later changed to Prince Arn, and then, later, to Prince Valiant. United Features Syndicate, however, turned the feature down! Foster then took it directly to the world-renowned tycoon newspaper magnate William Randolph Hearst. “Prince Valiant in The Days of King Arthur” first saw print on Feb.13, 1937. 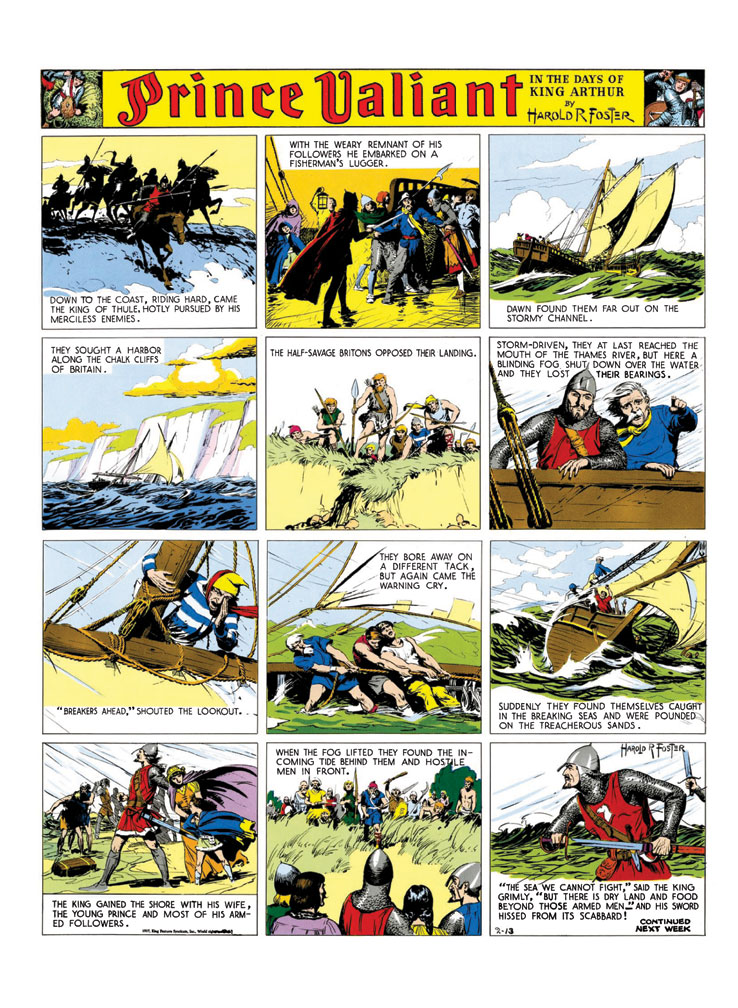