Montreal, QC – In a ceremony presided by JASON ROCKMAN and CATHERINE SMITH-DESBIENS at the MONTREAL COMIC-CON, the 8th Annual Joe Shuster Awards for Canadian Comic Book Creators and Retailers were presented to an enthusiastic crowd of nominees, friends and fans of the medium. 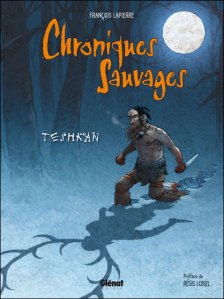 The jury felt that Lapierre captured an intriguing, atmospheric and appealing design.

Dakota was a nominee for the Gene Day award  in 2009, and since that time he has graduated from the Center for Cartoon Studies cartooning school.  The jury felt that Ghost Rabbit had that extra something that put it over the top; the subtle hints of Charles Schultz and Seth spring immediately to mind but the story had a maturity and depth to the cartooning that speaks to the huge promise of Dakota’s future career in comics.  There was ambiguity, mystery, the hint of greater outside the borders of each panel, the things that we don’t get to see vs. what we do; all of which fit nicely with the ghost theme.  Also there was the craftsmanship of the format: a well made comic with high production values, including the suggestive use of a vellum cover, the comic book had the craftsmanship of a beautiful object created by hand.

While Ghost Rabbit was selected for this award, we want to see more work from all of the nominees of the Gene Day Award, as this infusion of so many fresh voices makes us feel even more hopeful for comics in the future! 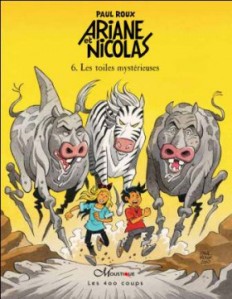 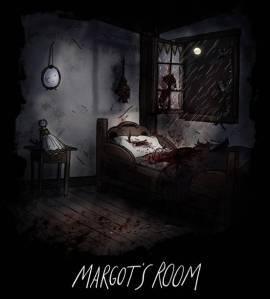 This is Emily’s second year in a row winning this award.

Emily’s visuals are strong and appealing, and her choice of colour and her effective storytelling was enhanced by the medium itself. The jury has noted repeatedly that Carroll effectively akes the reader a part of the action in a way that traditional paper and print storytelling just isn’t capable of doing. Her use of webcomics as interactive media, beyond simple reading, is what has brought her to the forefront, but beyond that, her comics are fun and engaging and worth bookmarking!

The jury notes that Kurtis was selected primarily for his work on the profound and affecting Green Wake, published by Image Comics.

The jury notes that Stuart was selected primarily for his work on Fear Itself, published by Marvel Comics. This is Immonen’s second win in the Outstanding Artist category, having won the award previously in 2010 for his work on New Avengers and Ultimate Spider-Man.

Adapted by Ramon Perez from an unfilmed script by Jim Henson (that was considered unfilmable because of its scope and imagery) — Tale of Sand is a beautiful book, and a remarkable achievement.

This award recognizes the accomplishments of the Silver Snail in 2011, the year in which Ron Van Leeuwen sold his Silver Snail chain to manager George Zotti and Mr. Gingras, as well as the various accomplishments of the past 30 plus years.  So this award is very much about the vision and accomplishments of Ron Van Leeuwen and the ways in which he helped develop and shape the creation of the comic book market in Canada.  Ron’s vision and passion for comic books lead to the creation of a chain of shops across Ontario was well as a distribution company that sold product to other comic stores in the earliest days of comic book shops.  Silver Snail created an infrastructure for the development of comic books, and are one of the oldest shops in North America.

George Zotti has worked at the Silver Snail off and on for many years, growing to become the Manager, and as of 2011, the co-owner of the store.  We congratulate them on many years of hard work and wish them much success in the coming future!