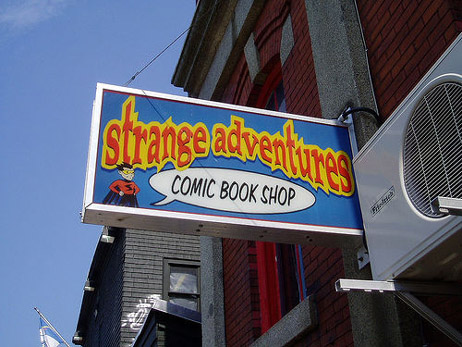 Recently news has been surfacing about impending changes at the highly regarded Strange Adventures comic shop in Halifax, Nova Scotia. The Kremer Award-winning shop will be forced to relocate to a new location within a year, as the landlord has decided to renovate which will lead to increased rents and a fair amount of upheaval for the business, but owner Calum Johnston has been optimistic and has already begun the search for a new home.

This is a common problem for retailers, as we’ve seen a few stories like this over the past few years as some of Canada’s shops have had to relocate (Third Quadrant, Silver Snail) or close (Elfsar, Dragon Lady) after changes in rents or because of building sales/renovations.