Hark! A Vagrant by Kate Beaton (Drawn and Quarterly)

Doug Wright Spotlight Award (a.k.a. “The Nipper”) which recognizes talent deserving of wider recognition, are: 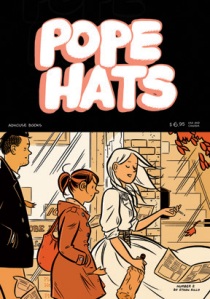 Pigskin Peters Award, which recognizes the best in avant-garde or experimental comics: