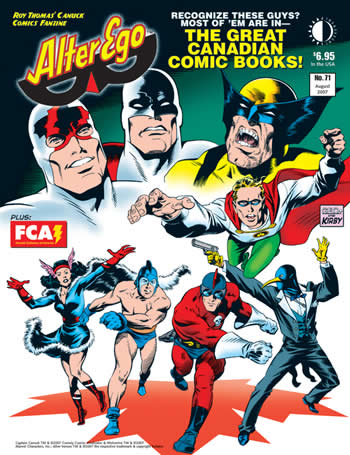 In about 2 weeks time we’ll be announcing the final list of nominees for the 2012 awards.

Plus at least one Hall of Fame inductee, with a maximum of two inductees in 2012.

For transparency’s sake, here is a final recap of where we stand in the nominating process:

Four categories (artist, writer, cartoonist, cover artist) had two rounds of nominating. In the first, the 13 members presented short lists of creators who had English language comics published in 2011. From the overlapping selections, those who had three or more “votes” advanced to a second round and any creators with more than half of the votes advanced to ballot. In the second round  the members ranked their choices from 1-10, with the top selections filling in the empty slots. A concurrent nomcom of 4 selected the finalists from French language comics published in 2011.

Webcomics was handled by the Executive, following a similar selection process, as each member of the Executive reviewed the entire list of eligible webcomics and submitted short lists of their top five, from which the top seven overlapping selections advanced to the final ballot.

While we can only have 7 or 8 nominees per category, we personally feel that the lists below represent the “best of the best” of the Canadian comics scene from 2011.

GENE DAY AWARD FOR SELF PUBLISHING
5 to be selected – winner also receives a $500 bursary
Finalists to be selected from comics submitted for consideration.Short list of considered works not available and the finalists are still undetermined as of today.

THE DRAGON AWARD for
COMICS FOR KIDS
8 were selected
This is a curated award, nominees were selected by teachers and librarians. Short list of considered works not available.

HARRY KREMER RETAILER AWARD
10 were selected – to be narrowed down to 5 in July
Retailers selected from lists of retailers available elsewhere on this site. JSA Executive coordinated visits to shops and evaluated them on things such as presentation, customer service, diversity of material.

3 thoughts on “In anticipation of the May 9th Nominations announcement: final wrap-up report”